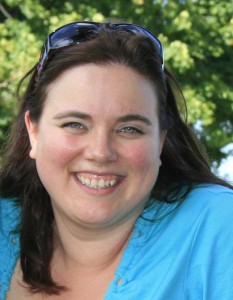 Interview with 2011 Nanny of the Year Marcia Hall
By: Greta Schraer

Today, we get to hear from Marcia, fresh out of conference. Let’s get to know Marcia a little bit more and see how this new role as 2011 Nanny of the Year is affecting her life!

1. What did you think when you 1st found out you were going to be NOTY?
I was excited and wanted to tell EVERYONE, but I was sworn to secrecy. I was allowed to tell my family and a few close friends but it was hard for me to not shout it from the rooftops. I instantly began working on my speech, however I did not put anything on paper until about a week before I left for conference. It had all been rattling around in my head and making me nervous. When I got all my thoughts down it put me more at ease. However as conference drew nearer, I got more and more nervous. I distracted myself with preparation for other things, like the workshops I was to teach and my induction to the Board of Directors. Somehow on the day of the award, I felt pretty good and as I walked into the room there was a calm and peace that I felt.

2. What do you hope to bring to the role or accomplish this year?
There are a few ideas I have. One is to help nannies ask for help from their employers when it comes to joining the INA and attending the conference. I think that the loving and kind temperaments most nannies have make it difficult to ask for the extra time of and to ask for help paying for it. Because of this we miss out on meeting some amazing nannies because conference is financially just out of reach for them. And they miss out on all of the education, networking and fun that we have. I think if we help the nannies by making it easier to ask it will go a long way. I would also like to find a way to show those that employ nannies what the benefit of helping their nanny attend conference and being a part of the INA can be.

3. How did the nanny community respond to you receiving the award and your speech?
Well, there was a lot of excitement when people began to learn I had received the award. Because this year I was the only nominee, when people read their programs for the conference they saw that I was the “Award Recipient” not the “Nominee”. I think a lot of people remembered me from the last two years I had been nominated so they congratulated me. However the response I received after the Award Ceremony and I gave my speech was overwhelming and heartwarming. The rest of the weekend, people were coming up to me telling me they were in tears during my speech and that I was so deserving the award. I have tears in my eyes just thinking about it now.

4. How do you expect this to change life coming home?
I plan to continue to be the very best nanny for my charges and the very best mommy to my daughter I can be. I really hope receiving this award will give me the opportunity to talk to a great many people about Professional Nannies and the INA as well as how I can help moms and dads with their children. I am ready to do that whether it be to the people I meet at mommy and me classes or to a larger audience. I am excited about the year to come and have been told to expect anything.

5. Who would you encourage to be nominated for next year’s NOTY?
Well, the INA’s rules about it say that it must be a nanny that has been employed for 5 years and is currently working full time. You can be a nanny, newborn care specialist, traveling nanny, governess or temporary nanny. I encourage nannies to talk to their employers about the award. This past weekend many nannies I talked with said that their employers wanted to nominate them but they have not accepted for some reason. I strongly encourage you to really consider accepting it. The process of putting your portfolio together is not easy by far but is a reward in itself. I have had many letters of recommendation over the years from families I worked for. But the letters I received when I asked for one specifically for my Nanny of the Year portfolio brought tears to my eyes. Then when it was finished to be able to have all that information before me in one place was amazing.

Thanks so much Marcia for sharing! We are so excited for you and this special year for you!

Would you like to read more about Marcia? This isn’t the first time Regarding Nannies has interviewed Marcia, check out Meet Nanny Marcia! And check back on the INA Website, to read her speech in the coming weeks!

One thought on “Interview with 2011 Nanny of the Year: Marcia Hall”